The Current Housing Conundrum (in Spokane and beyond....)

Our quality of life is at risk. The costs of housing have skyrocketed in recent years. Rents have increased by 14% in the past year alone!

It has become increasingly difficult to find, and afford, the type of housing needed for all of Spokane’s residents, and for all family types through every season of life.

A healthy community is one that hosts an array of housing options, choices, and price levels. However, the current economy has forced most residents to pay more than 1/3 of household income on housing, pushing vulnerable residents to the edge.

For too long, housing developers in both the city and county have been presented with a binary choice: to build either singular family homes – most larger sizes and larger lots – or to build high density, multi-family apartment complexes in areas unsuitable for density. Due to zoning restrictions and other political-economic factors, the community has had to endure development of multi-plex-units built in unsuitable locations. Often in locations without appropriate infrastructure (eg. Transportation and utilities), and with limited capacity for services such as education or healthcare. No one is truly served under this development framework, and our quality of life is not improved. Nor do these mono-typology developments support efficient and functioning community systems: be they utilities, transportation, services or the regional economy. 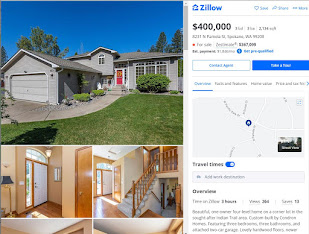 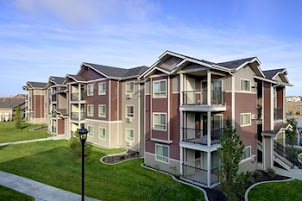 (typologies along a transect)

Recent reports suggest that the Spokane community has a deficit of nearly 32,000 housing units. The research suggests that regulations preventing development of “Missing Middle” typologies have cost the region billions of dollars in lost economic production. The solutions to this problem are complex but can be envisioned and realized with bold action by community leaders. There is no way to build out of this deficit under the current development framework. We must update our current zoning and design regs! A healthy development framework would disregard the static choice between high density and suburban sprawl (current Spo Co status quo), but instead implement policies aimed at increasing the 'missing middle' within the current fabric of the region's urban-to-rural places.

Popular posts from this blog

Hello World!  Spokane needs housing... and fast!  There are no easy answers, and there's a wide range of options, and opinions on how we make up for the estimated county-wide backlog of over 30,000 units.  GrannyFlatsSpokane (GFS for short) is a platform for ideas. There are many questions, and currently a lack of solutions.  How does the Spokane community increase  housing - and grow its population - without jeopardizing quality of life? How do decisions on where, what type, and how much housing affect neighborhood character? How can the right development "framework" (think design standards, zoning, transportation, utilities and services) actually improve the quality of life for existing, and new, residents?  These are the issues which GrannyFlatsSpokane would like to explore!  Would you join me?  Please send your comments and ideas to  contact@grannyflatspokane.com . I'd love to hear from you.   Cheers! - Ryan
Read more

April 21, 2022
April 21, 2022     RE: SMC 17C.300: ACCESSORY DWELLING UNITS – REVIEW AND SUGGESTED UPDATES Dear Spokane Planning, Ms. Murphy, Plan Commission, and Councilmembers:   Thank you for your work in implementing the city’s Housing Action Plan, and for moving the needle forward on greater housing supply. As you’re well aware, there is a critical need to increase housing supply in Spokane. We are simply failing at producing the needed numbers that will result in 6,791 new units by 2037 (or 400+ units per year) per the City’s 2020 Housing Needs Assessment. Unless bold changes are made, then we will continue to push would-be home-owners and renters, and community members to the margins. Please consider moving quickly in adopting and codifying relaxed and flexible standards for Accessory Dwelling Units (ADUs) as a preliminary, ‘low-hanging fruit’, opportunity. I would encourage the Plan Commission and City Council to ratify polices suggested by in RCW 36.70A.600(1)(n),(o),(p),(q
Read more